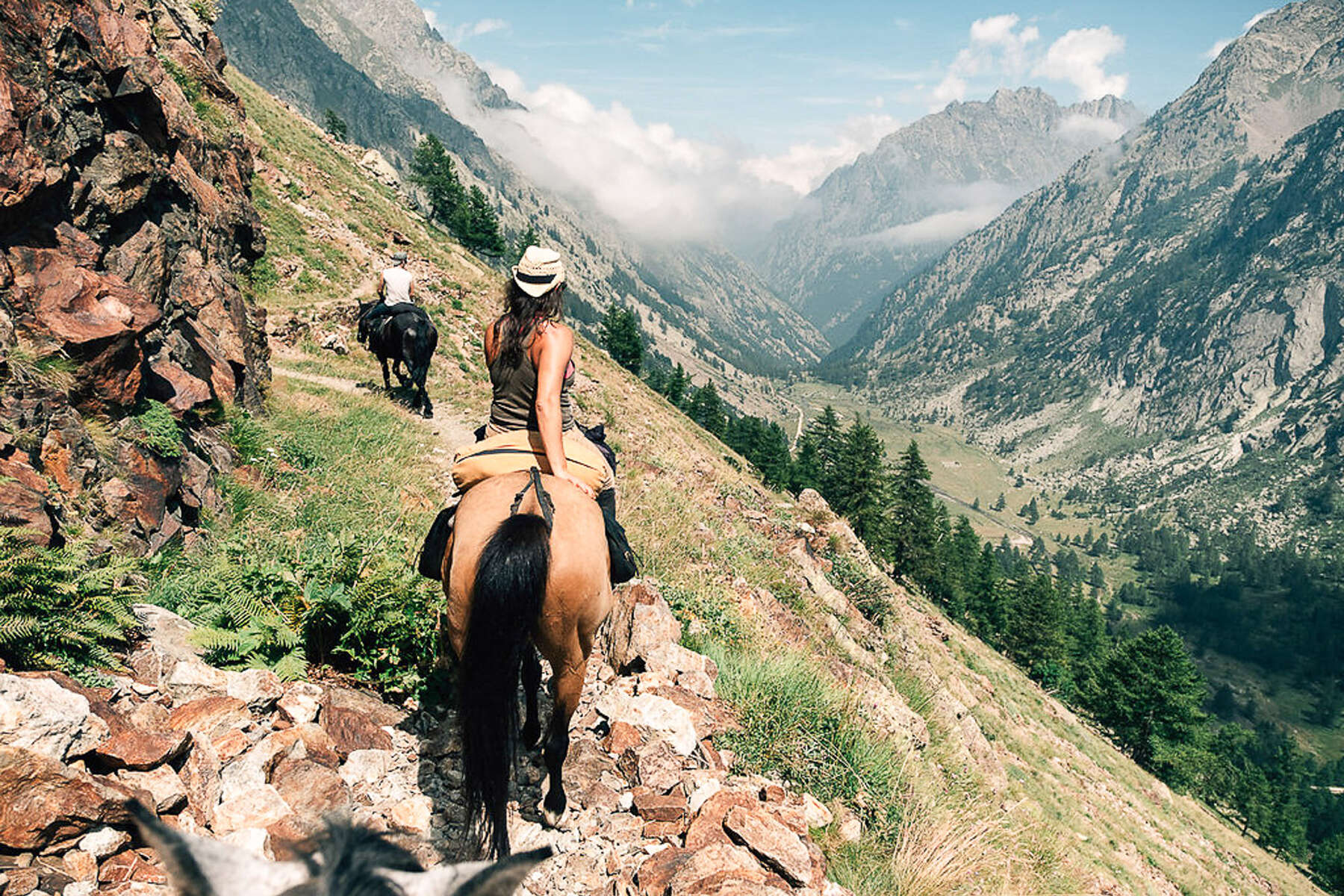 Trail riding in Provence and the Côte d'Azur

There is more to Provence than just seaside resorts and lavender fields. Far from the busy touristic attractions of the Coast, explore untouched and unspoiled locations, isolated traditional villages and poignant mountainous peaks. In a region that enjoys almost perpetual sunshine, discover picturesque villages full of character and the warmth of its people, riding across truly stunning scenic countryside. A riding holiday that will stay with you forever.
See all our trips 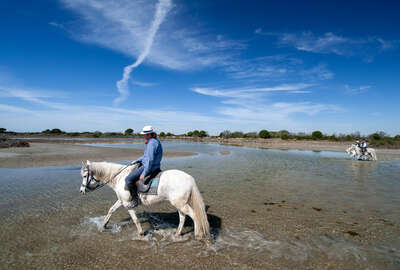 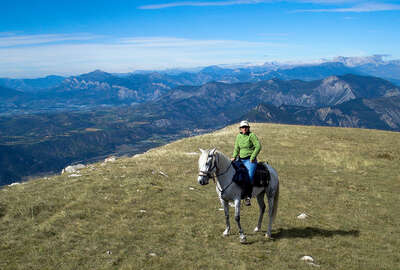 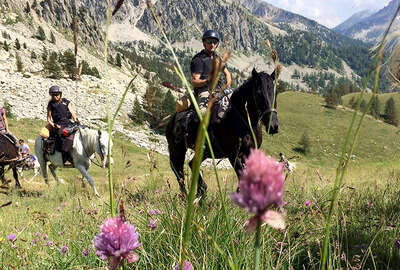 South Alps - In the heart of Mercantour

Passport validity
Your passport should be valid for the proposed duration of your stay; you don’t need any additional period of validity on your passport beyond this.

Visas
If you hold a British Citizen passport, you don’t need a visa to enter France.

At least 8 weeks before your trip, check the latest country-specific health advice from the National Travel Health Network and Centre (NaTHNaC) on the TravelHealthPro website.

If you need emergency medical assistance during your trip, dial 112 for an English speaking emergency service and ask for an ambulance. If you are referred to a medical facility for treatment you should contact your insurance/medical assistance company immediately.

In France the power plugs and sockets are of type E (two prongs). The standard voltage is 230 V and the standard frequency is 50 Hz.

Local currency is the Euro.

The conquest of the northern Camargue began at the end of the 19th century with the appearance of vineyards, followed by forage crops and grains; more recently fruits and vegetables have been cultivated. The great free-roaming herds of cattle and horses the region is known for are still found, especially around the edge of the Vaccarès Lagoon in what became the Camargue regional park. The growing of rice developed after World War II in an attempt to meet national demand and is still important. The salt that is so intimately a part of the marsh soils is exploited in the southeast between the Vaccarès Lagoon and the (Grand) Rhône River. A nature reserve at the Vaccarès Lagoon protects rare species such as flamingos and egrets. The Camargue is also a centre of pilgrimage (Saintes-Maries-de-la-Mer) and of tourism.

France lies near the western end of the great Eurasian landmass, largely between latitudes 42° and 51° N. Roughly hexagonal in outline, its continental territory is bordered on the northeast by Belgium and Luxembourg, on the east by Germany, Switzerland, and Italy, on the south by the Mediterranean Sea, Spain, and Andorra, on the west by the Bay of Biscay, and on the northwest by the English Channel (La Manche). To the north, France faces southeastern England across the narrow Strait of Dover (Pas de Calais). Monaco is an independent enclave on the south coast, while the island of Corsica in the Mediterranean is treated as an integral part of the country.

The Camargue is a delta region in Bouches-du-Rhône département, Provence-Alpes-Côte d’Azur région, southern France. The region lies between the Grand and Petit channels of the Rhône River and has an area of 300 square miles (780 square km). In the northern part of the delta, the alluvium has emerged as dry land; in the south, the highest ground is along the embankments of present and former watercourses; in the intervening basins are marshes and shallow lagoons. Sparsely populated, the region was formerly entirely wild, with roaming herds of bulls (raised for Provençal bullfights) and wild Camargue horses.

Hello my name is : Bonjour je m’appelle
Hello : Bonjour
Goodbye : Au revoir
Good morning : Bonjour
Yes: Oui
No : non
I am (British) : Je suis (Britannique)
My name is … what is your name? : Mon nom est … comment vous appelez-vous?
Nice to meet you : Heureux de vous rencontrer
What is it? : qu’est ce que c’est?
Where is...? : Où est...?
Thank you (very much) : Merci (beaucoup)
I am sorry : Je suis désolée(e)
I don't understand: Je ne comprends pas
Can you help me? Pouvez-vous m'aider?
I need help: J'ai besoin d'aide
I am lost: Je suis perdu (e)
How much is it? : C'est combien?