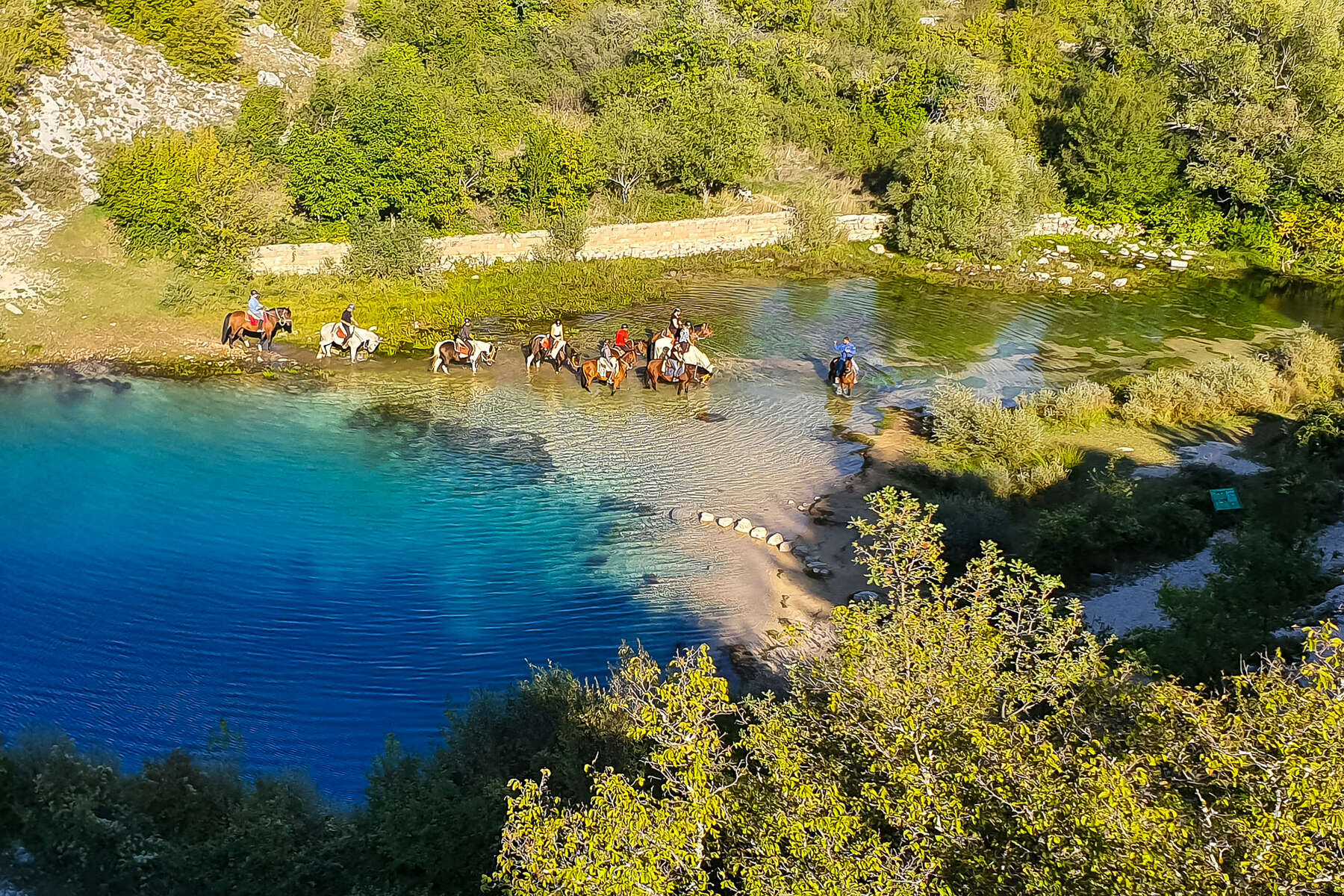 Riding holidays in Croatia allow you to discover another side to the country - the rural and historic centre of Croatia is it's authentic heart. Throughout history Croatia has been at the crossroads of major cultural events and has a wealth of architectural and artistic heritage to uncover. Leave the coastline behind and head inland on horseback to uncover the rural life and stunning scenery of Croatia.
See all our trips 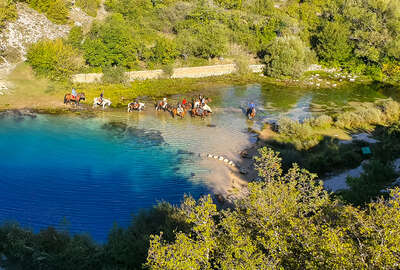 Visas
The rules for travelling or working in European countries changed from 1 January 2021:
- you can travel to Croatia for up to 90 days in any 180-day period without a visa. This applies if you travel as a tourist, to visit for family or friends, to attend business meetings, cultural or sports events, or for short-term studies or training
- visits to other EU or Schengen countries do not count towards your 90-day limit in Croatia as it is not in the Schengen area. Visits to Croatia do not count towards your 90-day visa-free limit in the Schengen area.

When queuing at the Croatian border control, you should use different lanes to those specifically designated for EU, EEA and Swiss citizens. Your passport may be stamped on entry and exit.

You may also need to:
- show a return or onward ticket
- Show proof of accommodation
- show you have enough money for your stay

Passport validity
Check your passport is valid for travel before you book your trip, and renew your passport if you do not have enough time left on it.

Make sure your passport is:
- valid for at least 3 months after the day you plan to leave Croatia
- less than 10 years old
- The 3 months you need when leaving a country must be within 10 years of the passport issue date.

If you renewed your current passport before the previous one expired, extra months may have been added to its expiry date. Any extra months on your passport over 10 years may not count towards the minimum 3 months needed.

Please visit for the FCO website for up-to-date information - https://www.gov.uk/foreign-travel-advice/croatia/entry-requirements

If you need emergency medical assistance during your trip, dial 112 and ask for an ambulance. You should contact your insurance/medical assistance company promptly if you are referred to a medical facility for treatment.

In Croatia the standard voltage is 230 V and the frequency is 50 Hz. You will need an adapter.

The currency of Croatia is the Croatian Kuna. Major credit and debit cards are accepted in most banks and hotels. Sterling, US Dollars and Euros are easily exchanged for local currency.

The Croats arrived in the area in the 6th century and organised the territory into two duchies by the 9th century. Tomislav became the first king by 925, elevating Croatia to the status of a kingdom, which retained its sovereignty for nearly two centuries, reaching its peak during the rule of kings Petar Krešimir IV and Dmitar Zvonimir. Croatia entered a personal union with Hungary in 1102. In 1527, faced with Ottoman conquest, the Croatian Parliament elected Ferdinand I of Habsburg to the Croatian throne. In October 1918, in the final days of World War I, the State of Slovenes, Croats and Serbs, independent from Austria-Hungary, was proclaimed in Zagreb, and in December 1918 it was merged into the Kingdom of Serbs, Croats and Slovenes. Following the Axis invasion of Yugoslavia in April 1941, most of the Croatian territory was incorporated into the Nazi-backed client-state which led to the development of a resistance movement and the creation of the Federal State of Croatia which after the war become a founding member and a federal constituent of the Socialist Federal Republic of Yugoslavia. On 25 June 1991, Croatia declared independence, which came wholly into effect on 8 October of the same year. The Croatian War of Independence was fought successfully for four years following the declaration.

Croatia is a republic governed under a parliamentary system and a developed country with a very high standard of living. It is a member of the European Union (EU), the United Nations (UN), the Council of Europe, NATO, the World Trade Organization (WTO), and a founding member of the Union for the Mediterranean. As an active participant in the UN peacekeeping forces, Croatia has contributed troops to the NATO-led mission in Afghanistan and took a non-permanent seat on the UN Security Council for the 2008–2009 term. Since 2000, the Croatian government has constantly invested in infrastructure, especially transport routes and facilities along the Pan-European corridors.

The present-day republic is composed of the historically Croatian regions of Croatia-Slavonia (located in the upper arm of the country), Istria (centred on the Istrian Peninsula on the northern Adriatic coast), and Dalmatia (corresponding to the coastal strip).

Hello: Bog/Dobro jutro
Goodbye: Dovidenja
Yes : Da
No: Ne
Please: Molim
Thank you: Hvala
How much is this? : Koliko stoji ?
What's your name?: Kako se zovete ?
My name is: Zovem se...
What time is it?: Koliko je sati ?
Tomorrow: Sutra

At the crossroads of Central and Southeast Europe and bordered by the Adriatic sea, Croatia is a country of many natural attractions and hidden gems: beautiful beaches, majestic mountains ranges, mesmerising national parks… It offers many great opportunities for a riding holiday.
Looking to take your family on an exciting riding adventure? Why not book a stay at Linden Tree Ranch, a western-style ranch in the Velebit Nature Park. There are riding and non-riding activities for the whole family and you can expect fantastic standards of hospitality.

Trail riders should like at our trail riding holiday in Istria for a lovely, relaxing point-to-point ride.