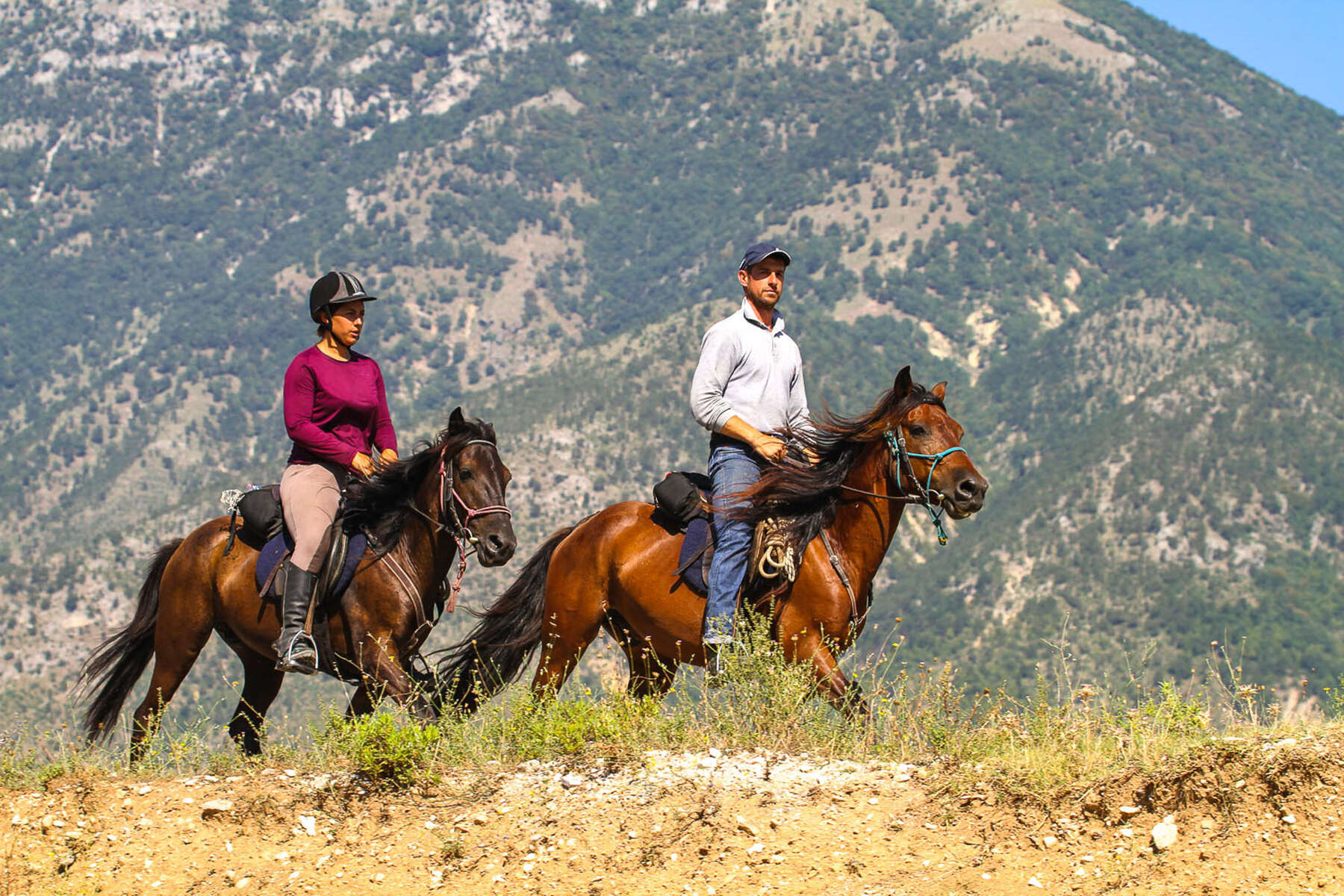 Discover Albania on a riding holiday

Embark on a riding holiday in Albania. The modern nation state of Albania emerged after the Balkans wars, and was successively invaded by Italy and Germany in the 20th century. This rich history and heritage has shaped this intriguing country, and you will discover its incredible culture during your trail ride - with plenty of opportunities to meet the locals and explore ancient caravan pathways. The nature is still preserved in this mountainous country, and you will encounter many environments including plains, mountains, forests and beautiful beaches during your horseback adventures.
See all our trips 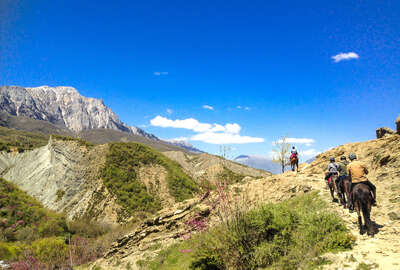 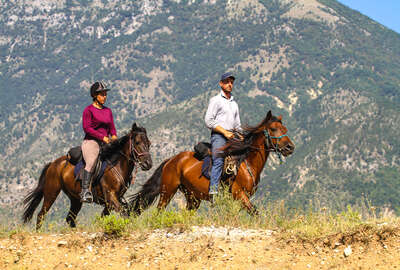 Sea and Mountains of Albania

British citizens can enter and remain in Albania for a maximum of 90 days in every 6-month period without a visa. The Albanian authorities require anyone staying longer than 90 days to apply at a local police station for a residence permit.

Your passport should be valid for a minimum period of 3 months from the date of entry into Albania.

Medical and dental facilities (including those for accident and emergency use) can be very poor, particularly outside Tirana. Make sure you have adequate travel health insurance and accessible funds to cover the cost of any medical treatment abroad, evacuation by air ambulance and repatriation.

The tap water in Albania may cause illness - you should drink only bottled water. If you drink milk, make sure it is UHT (pasteurised).

If you need emergency medical assistance during your trip, dial 127 or 04 2222 235 and ask for an ambulance. You should contact your insurance/medical assistance company promptly if you are referred to a medical facility for treatment.

The euro is widely accepted.

Previously in classical antiquity, Albania has been populated by various Illyrian, Thracian and Greek tribes, as well as several Greek colonies established in the Illyrian coast. In the third century BC, the region was annexed by the Roman Empire and became an integral part of the Roman provinces of Dalmatia, Macedonia and Illyricum. The unified Principality of Arbër emerged in 1190, established by archon Progon in the Krujë, within the Byzantine Empire. In the late thirteenth century, Charles of Anjou conquered the Albanian territories from the Byzantines and established the medieval Kingdom of Albania, extending from Durrës along the coast to Butrint in the south. In the mid-fifteenth century, it was conquered by the Ottomans.

The modern nation state of Albania emerged in 1912 following the defeat of the Ottomans in the Balkan Wars. The modern Kingdom of Albania was invaded by Italy in 1939, which formed Greater Albania, before becoming a Nazi German protectorate in 1943. After the defeat of Nazi Germany, a Communist state titled the People's Socialist Republic of Albania was founded under the leadership of Enver Hoxha and the Party of Labour. The country experienced widespread social and political transformations in the communist era, as well as isolation from much of the international community. In the aftermath of the Revolutions of 1991, the Socialist Republic was dissolved and the fourth Republic of Albania was established.

Albania is a democratic and developing country with an upper-middle income economy. The tertiary sector dominates the country's economy followed by the secondary and primary sector. Following the end of communism in 1990, the country went through a process of transition from a centralized economy to a market-based economy. It also provides universal health care and free primary and secondary education to its citizens.

Albania has been an independent country for only little over a century, but Albanians have spent most of that time living under the yoke of communism. After the dissolution of the communist era in 1991, Albania slowly started to open its gates, increasing its international presence as a potential touristic destination.  Albania's stunning mountain scenery, ancient Byzantine architecture, fortress towns and dreamy beaches are setting to country on the path to becoming a very popular choice for a holiday on the Mediterranean sea. You can discover Albania's beautiful landscapes and culture on a horseback riding holiday before the word gets out and this hidden treasure gets discovered.

Our “Ancient Mountains Trails” ride follows old Caravan pathways in the mountains near the Greek border. It showcases the history of ancient caravans and trade in the area. This is a ride for intermediate to experienced riders. There are some tricky mountain paths and even though the horses are sure-footed and very skilled, you must be comfortable in the saddle.

Our “Sea and Mountains” ride takes you west from the mountains to the sea. It's a more challenging trail ride with long hours in the saddle, and a good choice for riders with an adventurous streak.

On both rides, you stay with locals at night who will open their homes to you and welcome you as family. You may sacrifice a little bit of luxury and privacy but staying with these families is what makes these rides unique. Not only is this a great equestrian experience, it is also a cultural one.