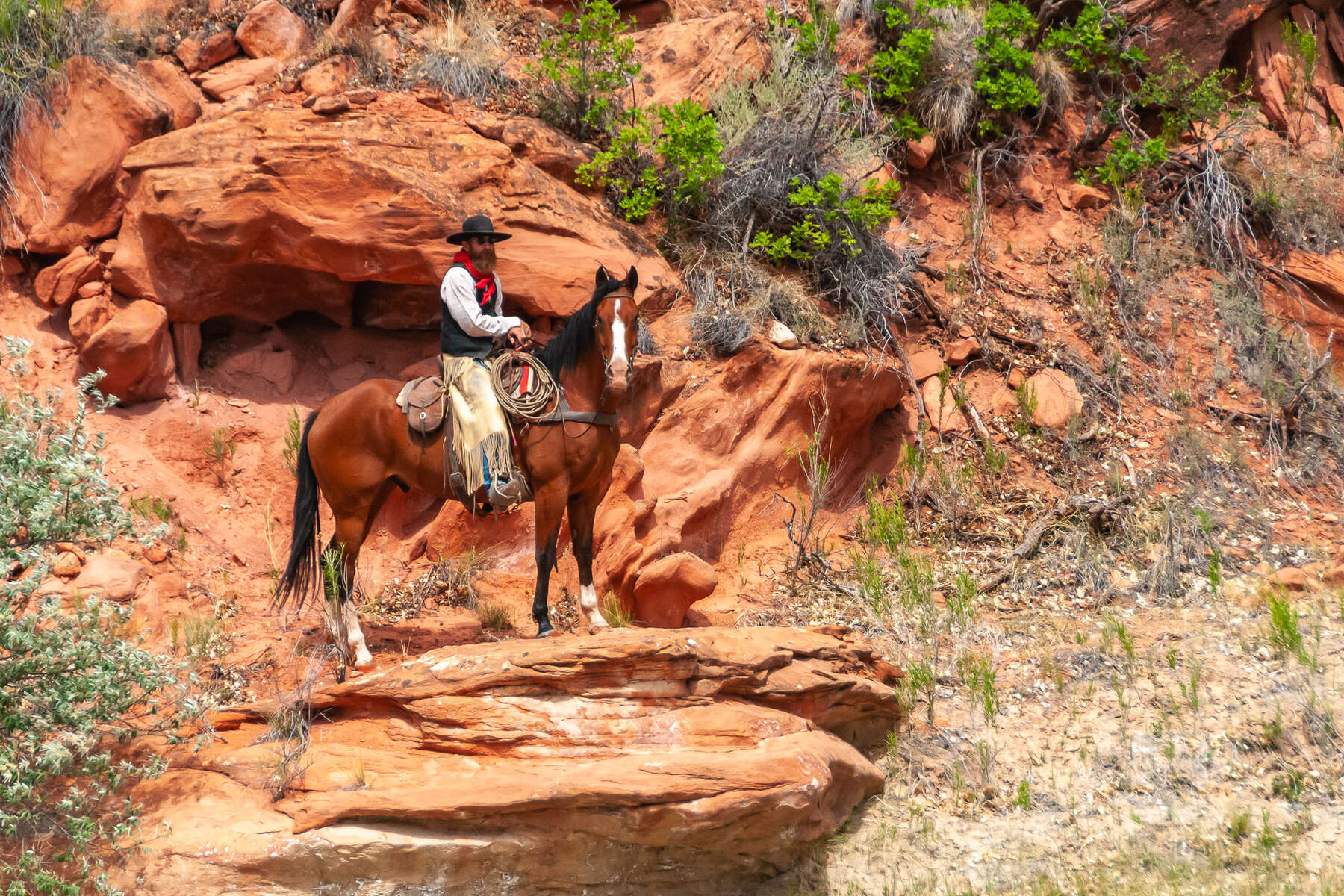 The origins of rodeo date back to the early days of the US cattle industry. In the 17th century, the guardians of the cattle were mostly of Spanish origin and known as vaqueros. During the 18th and 19th centuries, the east coast Americans expanded into the western states and started to adapt their style and equipment based on the expertise of the vaqueros.

The Spanish word rodeo "to circle" and verb rodear "to turn around" became the equivalent of an English round-up in Hispanic America. Originally the "rodear" was when the haciendas herded their animals in the spring, encircling the herds of cattle with people. Later the rodear became an annual gathering on the western plains, where large herds of animals were gathered, counted, branded and sent to market. For the vaqueros, or mounted cowboys, these annual gatherings created opportunities for them to hold informal competitions - riding wild horses or roping cattle. The first evidence of rodeos date from this period.

With the expansion of the railways, installation of a road network and the fencing of land, the major round-ups became a thing of the past in the late 19th century. This also spelt the end for many cowboys. However, the tradition of rodeo continued and the first offical Rodeo took place in Cheyenne, Wyoming, in 1872. The cowboys were in the habit of gathering on the 4th July, the national holiday, to show their skill. They were encouraged by ranchers who offered large bonuses, and rivalries between ranchers and cities quickly developed and rodeo's became very popular.

In the 20th century

By the end of the last century, rodeos had contributed greatly to the romantic image of the cowboy - a single horseman and a true hero in the conquest of the west. On many of our ranch riding holidays in North America it is possible to arrange to visit a rodeo one day during your stay as local rodeos run almost every week throughout the summer season.