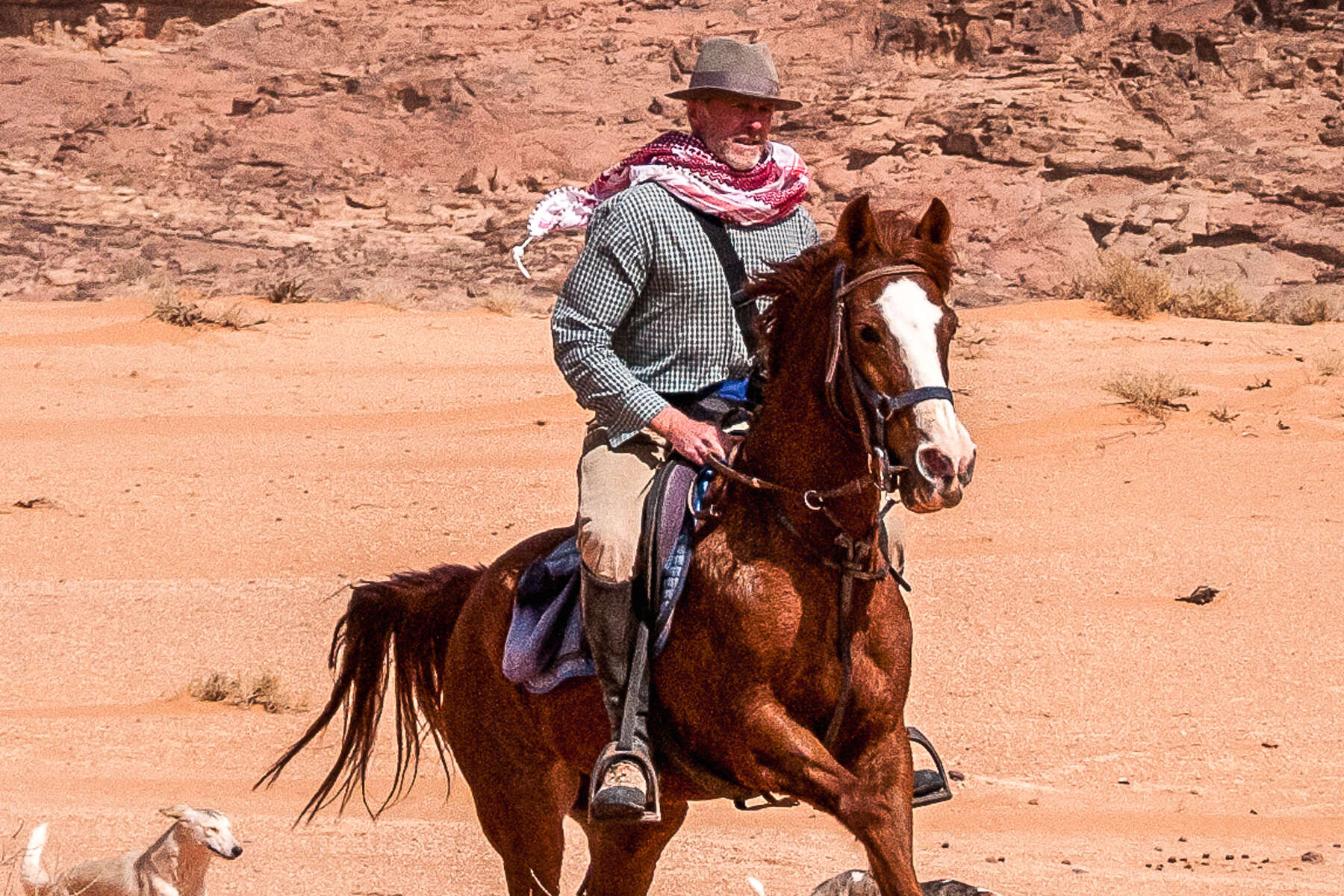 The Arabian horse is one of the oldest human-developed breeds in the world and was domesticated c. 5,000 years ago by the Bedouin's of the Arabian peninsula. The desert environment pushed the Arabian horse into cooperating with humans in order to survive - even these hardy horses require more water than camels - and where there was no water, the Bedouins fed them dates and camels milk. The Arabian horse was bred to be a war horse with soundness, speed, endurance and intelligence. As many raids required stealth, the Bedouins preferred mares to stallions as they were quieter and wouldn't give away their position - prized war mares were often brought into the family tents to protect them from the weather and from theft.
The Arabian horse entered Europe through Spain and France. Returning crusaders returned home with Arabian horses and as knights and their heavy-set armoured horses became obsolete, the Arabian was used to develop lighter and faster cavalry horses. King James I imported the first Arabian stallion to England in 1616 and the three foundation stallions of the Thoroughbred were imported during the 18th century.

The Arabian horse is one of the most easily recognized breeds, with its refined head, large eyes and nostrils and small muzzles; many also have a dished (concave) profile. The Arab horse also has a naturally high tail carriage. Most Arabs have a short back with a compact body, dense, strong bone and good hooves.
Arabs stand 14.1hh - 15.1hh and although small, their strong bone structure allows them to carry men easily. They are very popular in endurance riding, where their strength, stamina, speed and resilience makes them very successful. Arabs can be any whole colour but chestnut, bay and grey are the most common. All Arabs have black skin, no matter what their coat colour, to protect them from the intense desert sun.
Arabian horses are very popular on trail rides around the world and some of our riding holidays use only Arab horses, such as our horse riding trails across the Wadi Rum desert in Jordan, and our Okapuka endurance and riding safari holiday in Namibia.