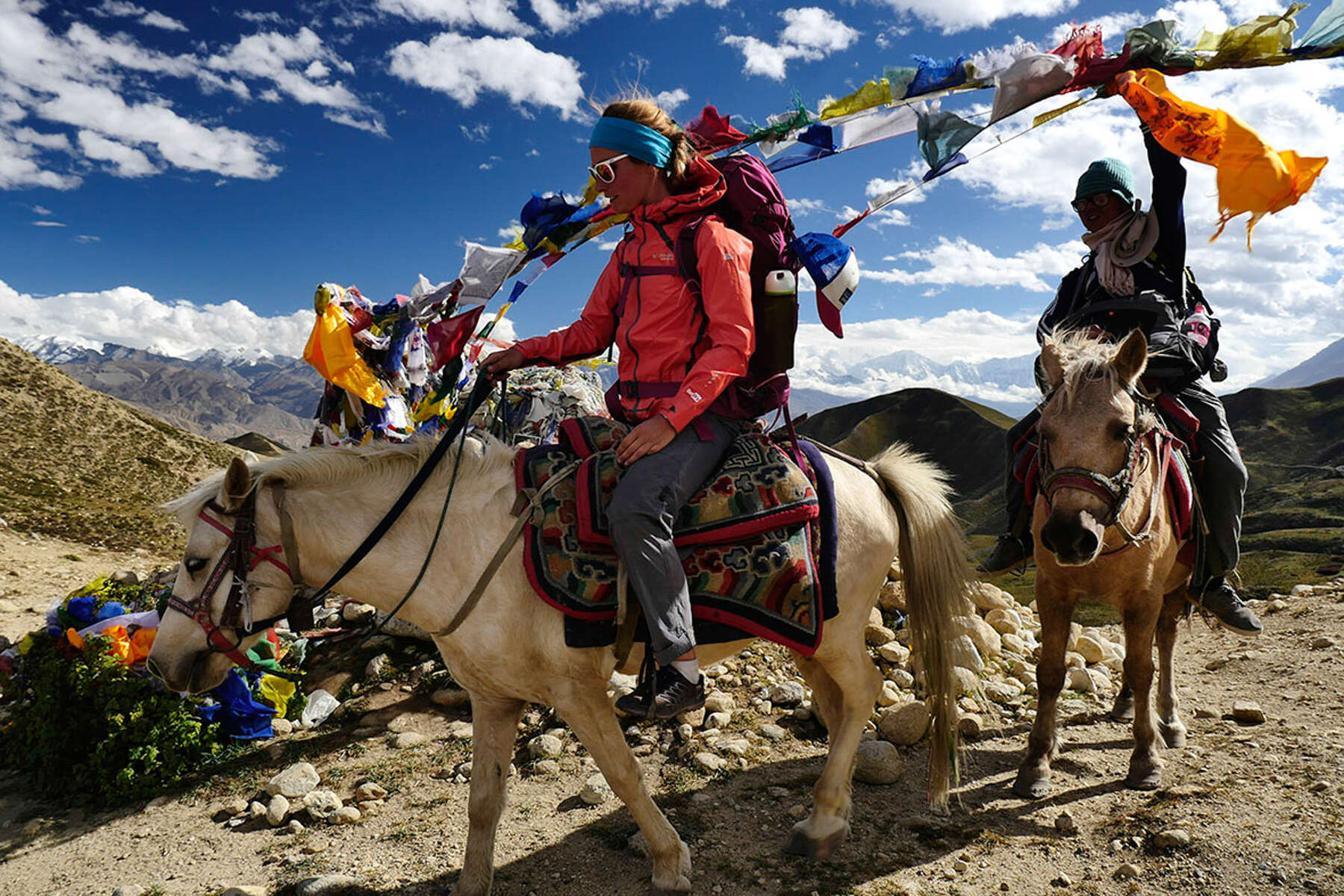 One of the world's greatest trekking destinations, Nepal is one of those countries where time has stopped. On an adventurous riding holiday, explore the fascinating Mustang district on horseback. The region, only recently open to visitors, is an ancient forbidden kingdom that used to be part of the Tibetan empire. Nestled at the foot of the Annapurna massif in the Himalayas and bordered by the Tibetan plateau in the north, it is home to ancient fortified cities, stunning deep canyons and colourful cliffs. Discover a hidden world and set out on a riding expedition off the beaten track, for a truly unique cultural and equestrian experience.
See all our trips 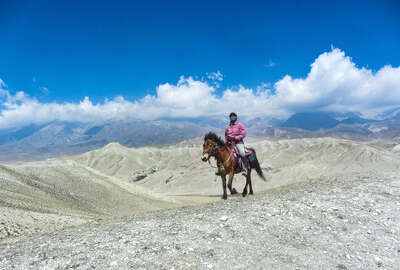 The Lost Kingdom of Mustang - with Tiji Festival 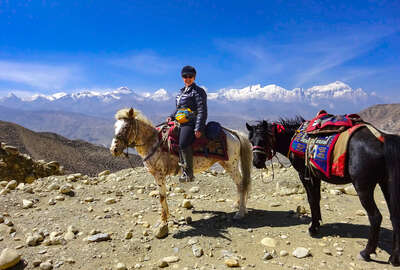 The Lost Kingdom of Mustang

Visas are available on arrival at Tribhuvan International Airport and at some land borders. To obtain a visa upon arrival by air in Nepal you must fill in an application form on arrival and provide a passport photograph. A single-entry visa valid for 15, 30 or 90 days costs US$25, 40 or 100. At Kathmandu’s Tribhuvan Airport the fee is payable in any major currency (some land crossings insist on payment in US dollars), Children under 10 require a visa but are not charged a visa fee. A Nepali visa is valid for entry for three to six months from the date of issue.

Visit your health professional at least 4 to 6 weeks before your trip to check whether you need any vaccinations or other preventive measures.

Medical treatment is expensive at western travellers’ clinics in Nepal. Healthcare is poor in most places outside the Kathmandu Valley and Pokhara. It may be difficult to get rapid helicopter evacuation if you fall ill or suffer a serious accident in a remote area of the country. Make sure you have adequate travel health insurance and accessible funds to cover the cost of any medical treatment abroad, repatriation and evacuation by helicopter (presently costing between £1,000 and £2,000 per flying hour).

There have been confirmed cases of cholera in Kathmandu, Nepalganj city in western Nepal and in Doti, Bajhang and Gorkha districts.

There have been some cases of avian influenza (bird flu) among birds and poultry in parts of the country. The risk to humans is believed to be very low, but as a precaution you should avoid visiting live animal markets, poultry farms and other places where you may come into close contact with birds, and make sure poultry and egg dishes are thoroughly cooked.

The history of Nepal has been influenced by its position in the Himalaya and its two neighbors, modern day India and China.

It is a multi-ethnic, multiracial, multicultural, multi religious, and multilingual country. The most spoken language of Nepal is Nepali(नेपाली) followed by other various ethnic languages.

Nepal had experienced a struggle for democracy at times in the 20th century and early 21st century. During the 1990s and until 2008, the country was in a civil strife. A peace treaty was signed in 2006 and elections were held in the same year. In a historical vote for the election of the constituent assembly, Nepalese parliament voted to oust the monarchy in June 2006. Nepal became a federal republic and was formally renamed the 'Federal Democratic Republic of Nepal' ending the 200 year old Shah dynasty.

Nepal is landlocked by India on three sides and China's Tibet Autonomous Region to the north. West Bengal's narrow Siliguri Corridor or Chicken's Neck separate Nepal and Bangladesh. To the east are India and Bhutan. Nepal depends on India for goods transport facilities and access to the sea, even for most goods imported from China.

The Mustang region stands close to the Himalayas and extends northward onto the Tibetan plateau where the former Kingdom of Lo was found. Surrounded by rivers, such as the Marsyangdi to the east and the world's largest gorge carved out by the wild waters of the Kaligandaki to the west, the region is an unspoiled natural treasure. Even though today Mustang is part of Nepal, the Buddhist Tibetan traditions and culture still remain untouched. From the 15th century to the 17th century, this kingdom's strategic location granted Mustang control over the trade between the Himalayas and India.

Our horseback trail rides in Mustang cover most of the trade routes used during this century by the locals and explore the depths of the Mustang region where thousands of  years of isolation has kept the culture, lifestyle and heritage intact.