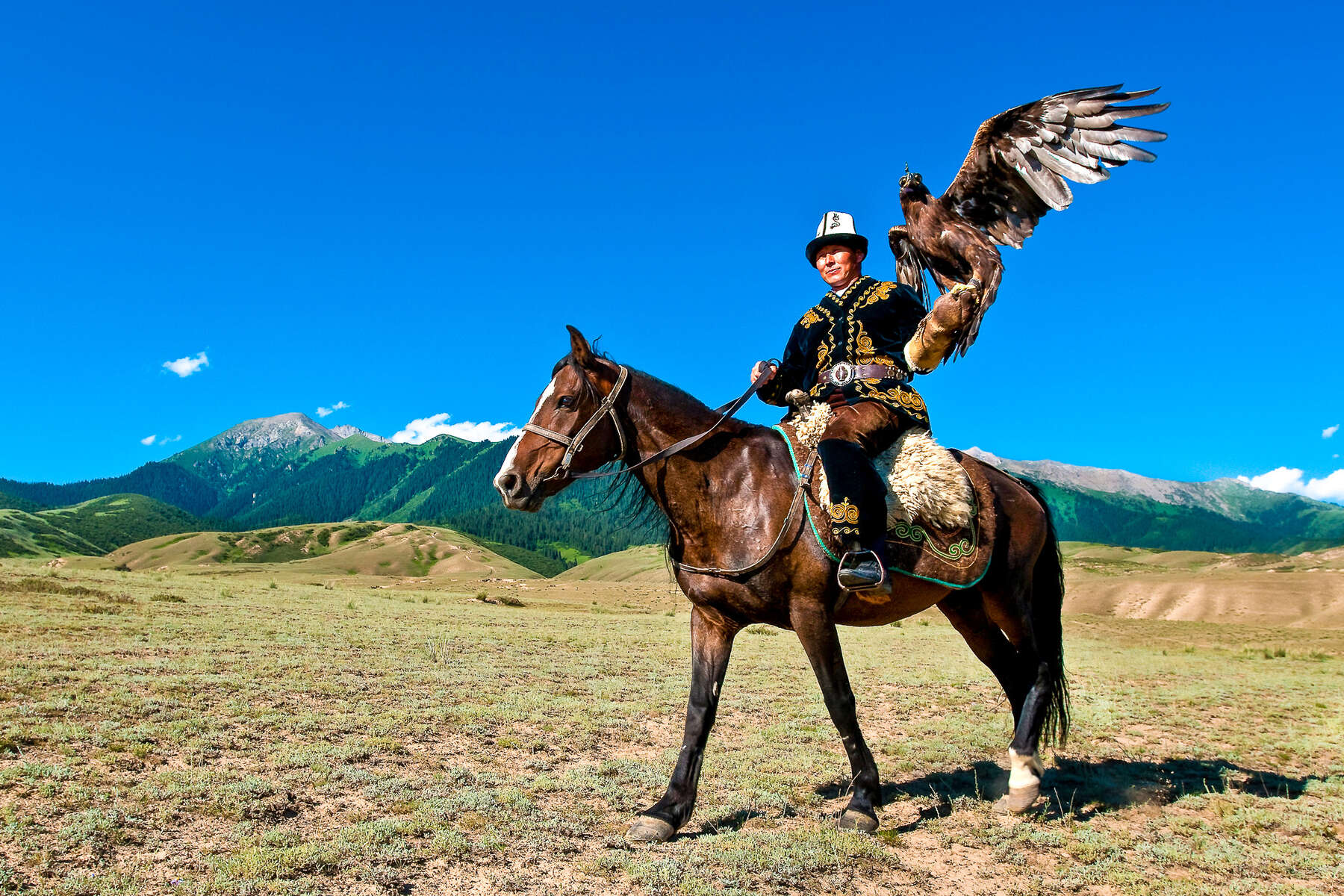 Kyrgyzstan is a majestic riding holiday destination - largely mountainous with snow-capped peaks encircling vast plateaus, crystal clear lakes and rivers. During the summer months the pastures are dotted with nomadic herders and their yurts and flocks of sheep. The warmth and friendliness of the people, who will welcome you into their home and offer you a glass of koumiss, is worth the trip alone... the chance to canter for miles across endless pasture is simply the icing on the cake. A riding holiday in the Celestial mountains is a slice of heaven.
See all our trips 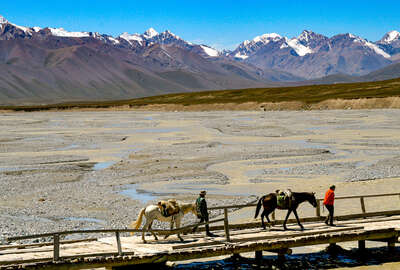 To enter Kyrgyzstan, a passport valid for six months beyond the intended departure date, with one blank page, is required by all nationals of the UK, USA, Australia and other EU countries.

Visas are not required by nationals referred to above for stays of up to 60 days except:
1. Nationals of Bulgaria, Cyprus and Romania, who do require a visa.
Nationals not referred to are advised to contact the embassy to check visa requirements for Kyrgyzstan.

For up to date advice please visit: https://www.gov.uk/foreign-travel-advice/kyrgyzstan/entry-requirements

There are no vaccinations legally required to travel to Kyrgyzstan. It's a good thing to get your vaccinations in order before travelling to Kyrgyzstan. The general vaccination against Diphtheria, Tetanus and Polio (DTP) is recommended. Also a hepatitis A vaccination is recommended and when travelling longer than 2 weeks also typhoid.
If you are staying longer than 3 months or have a particular risk (travelling by bike, handling of animals and visits to caves) you might consider a rabies vaccination. Vaccination against Tuberculosis as well as hepatitis B is also sometimes recommended for stays longer than 3 months. It is also recommended to have a vaccination against tick borne encephalitis when you go hiking and/or camping for several days or more in the period of March to November.
Malaria does, but only at lower elevations in the south and in Bishkek from June to October. Pills are not necessary; buy repellent (preferably with 50% DEET), and sleep under a net.
Finally, other possible health issues include diarrhea and other general travellers' diseases like motion sickness. Watch what you eat and drink and in case you get it, drink plenty of fluids (to prevent dehydration) and bring ORS.

Our recommendation:
Cancellation and travel insurances are not included. Please note that insurance is mandatory. We recommend to take out an insurance policy as soon as your travel is booked in case of cancellation.

Kyrgyz Som (KGS; symbol лв) = 100 tyin. Notes are in denominations of лв1, 000, 500, 200, 100, 50, 20, 10, 5 and 1, and 50, 10 and 1 tyin. Coins exist in denominations of 1, 3, 5 and 10 som, and 10 and 50 tyin.
Credit cards:
Credit cards are accepted in some of the larger hotels and restaurants in Bishkek and can also be used at banks to withdraw cash from the counter. They are of little value outside the main cities. ATMs exist but are hardly commonplace in Bishkek or Osh and even less so elsewhere.
ATM:
ATMs are easy enough to find in Bishkek, although smaller cities like Jalal-Abad and Osh have far fewer. Some ATMs issue US dollars as well as Kyrgyz Som.

The Kyrgyz people come from a proud tradition of nomadic horsemen and warriors of the Central Asian steppe. Even though they were once the rulers of a vast empire in the middle of Central Asia,  the people from Kyrgysztan have been under the rule of foreigners for many centuries, ever since the time of Genghis Khan.

One of the most celebrated warriors of the country is Manas. This warrior is known as the leader who unified the country and therefore became the most important figure in the Kyrgyz culture. Statues of Manas can be found across the country, in Bishkek you will be able to find a statue of this warrior on his magical horse, slaying a dragon in front of the Phillharmonia.

A trail riding in Kyrgyzstan is the opportunity to explore intoxicating landscapes on horseback, but also to discover a unique culture, steeped in equestrian traditions.