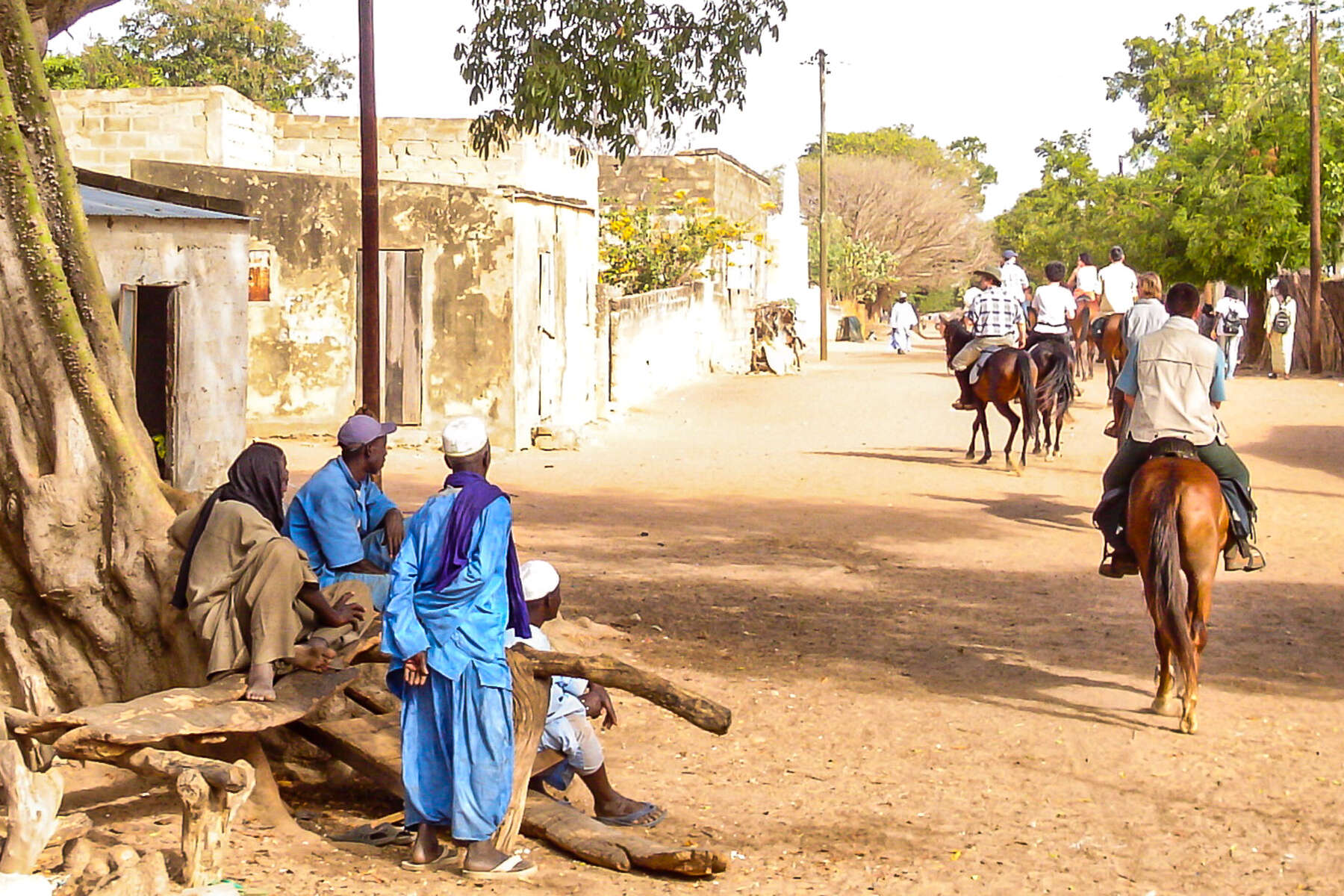 Get in the saddle and ride a Barb horse across Senegal

Senegal is on Africa’s west coast with its rich French colonial heritage, it is the eternal Africa. The bush and the rituals, its warm climate and the warmth of the hearts of the people that live there. In a territory where the horse is omnipresent as in all of the Sahelian Africa: in its history, its epics, its arts, its tales and its sayings, the horse is as important today as it was in history. The barbarian horses of North Africa are more or less distant ancestors of the African horses that you will ride today. It is on horseback in the deltas of Siné Saloum and Casamance that this country best shows itself and the chance to ride in this wonderful eco system is a great opportunity. The best way to experience this country is a holiday on horseback.
See all our trips 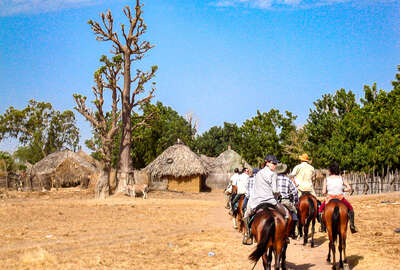 The delta of Sine Saloum

Senegal tourist visa is not required for citizens of United Kingdom for a stay up to 30 days.

First, check the current validity of your passport. All travelers will need a passport valid for at least 90 days following your departure date from Senegal. However, we strongly recommend traveling with 6 months validity on your passport at all times. Citizens of United Kingdom can refer to www.ips.gov.uk for forms and instructions for new passport applications and British passport renewals.

Second, make sure your passport has blank Visa pages. Most destinations, including Senegal, require that you have adequate un-used pages in your passport, allowing for any necessary stamps upon arrival and departure. We recommend that you have at least two free pages in Visas section of your passport before any international travel. British citizens can get extra passport pages added to their passports at https://www.gov.uk/browse/abroad/passports/

Senegal is severely lacking in terms of medical resources – there are only around 20 hospitals in the entire country. Dakar has the majority of these, a mixture of both private and public. Clinique du Cap on Avenue Pasteuris well-equipped, whilst Principal hospital on Avenue Nelson Mandela is a modern hospital and training centre. There is much more in terms of facilities available in urban areas, compared to rural villages, where doctors and facilities are minimal. However, it is essential to have health insurance if visiting. For an ambulance in Dakar, call SOS Medecin (tel: 889 151) or SAMU (tel: 33 628 1213).

Senegal is a malaria-affected country and malaria prophylaxis is strongly recommended.

Food and drink:
All water should be regarded as being potentially contaminated, and water used for drinking, brushing teeth or making ice should first be boiled or otherwise sterilised. Bottled water is readily available everywhere. Milk is likely to be unpasteurised and should be boiled. Alternatively, use powdered or tinned milk, both of which are available. Avoid dairy products which are likely to have been made from unpasteurised milk. Only eat well-cooked meat and fish, preferably served hot. Vegetables should be cooked and fruit peeled.

Other risks:
Avoid swimming and paddling in fresh water, but it’s fine to use swimming pools which are well-chlorinated and maintained; these are likely to be safe. Vaccinations against meningococcal meningitis, tuberculosis and hepatitis B are sometimes recommended.

230 volts AC, 50Hz. Various plug types with two or three round pins are in use.

Credit cards:
American Express is the most widely accepted, although Diners Club, MasterCard and Visa have limited use. Commissions are added for the use of credit cards and many businesses may not accept payments with foreign cards. It is best to carry cash for the majority of transactions

ATM:
There are ATMs throughout Senegal (although they are more limited outside the cities) and they are fairly widespread throughout Dakar. However, many do not accept foreign cards.

Travellers cheques:
Traveller's cheques are easy to cash in Dakar. To avoid additional exchange rate charges, travellers are advised to take them in euros rather than dollars. There is limited or no acceptance outside Dakar, however.

The Toucouleur people, among the early inhabitants of Senegal, converted to Islam in the 11th century, although their religious beliefs retained strong elements of animism. The Portuguese had some stations on the banks of the Senegal River in the 15th century and the first French settlement was made at St Louis in 1659 as Gorée Island became a major centre for the Atlantic slave trade through the 1700s. The British took parts of Senegal, but the French gained possession in 1840 and made it part of French West Africa in 1895.

In 1946 Senegal became an overseas territory of France and on 20 June 1960, it formed an independent republic federated with Mali, but the federation collapsed within four months.

Senegal has played a prominent role in African politics since its independence. As a black nation that is more than 90 per cent Muslim, it has been a diplomatic and cultural bridge between the Islamic world and other parts of Africa while maintaining closer economic, political and cultural ties to France than many other former colonies.

Its first president, Léopold Sédar Senghor, an acclaimed poet and member of the Académie Française, towered over the country’s political life until his retirement in 1981 although he replaced multi-party democracy with an authoritarian regime.

In 1973 Senegal co-founded the West African Economic Community, but when rising oil prices and fluctuations in the price of peanuts, a major export crop, ruined the economy in the 1970s, Senghor reversed course and emphasised new industries such as tourism and fishing.

When the economy continued to stagnate Senghor resigned in favour of his protégé Abdou Diouf who led the country for the next 20 years, initiating further economic and political liberalisation. In March 2000, opposition party challenger Abdoulaye Wade won 60 per cent of the vote in multi-party elections. In January 2001, the Senegalese voted in a new constitution that legalised opposition parties and granted women equal property rights with men.

In September 2002, 1863 passengers were killed when the state-owned Joola ferry sank. The government accepted responsibility for the disaster, which is considered the second worst non-military maritime disaster in history.

Despite constitutional term limits, President Wade ran for a third term in 2012 sparking violent protests that threatened to destabilise the country. In the event, Wade lost to former prime minister Macky Sall, who has remained in power since.

- More than 3000 Peace Corps volunteers have served in Senegal since 1963.

- Senegalese griots have kept their region’s oral history alive for thousands of years through words and music.

- The African Resistance Monument in Dakar is the tallest statue in Africa.

Located just above the equator, Senegal is bordered by Guinea Republic and Guinea-Bissau to the south, Mali to the east, Mauritania to the north, and completely encloses the confederated state of The Gambia. To the west lies the Atlantic Ocean. Most land is less than 100m (330ft) above sea level, with plains constituting the majority of the country’s geography, apart from the Fouta Djallon foothills in the southeast and the Bambouk Mountains on the Mali border.

On the coast between Dakar and St Louis is a strip of shifting dunes. South of Dakar there are shallow estuaries along the coastline, which is fringed by palm trees. In the northern part of the country, south of the Senegal Basin, lies the arid Fouta Ferlo, a hot dry Sahelian plain with little vegetation.

Known as the gateway to Africa, Senegal's diverse ecosystem boasts a huge range of plants and wildlife. Steeped in French colonial history, Dakar, the capital city sprawls across the Cap-Vert peninsula. Small villages and former French colonial towns, filled with French architecture, are brought to life by locals wearing brightly-coloured fabrics and sharply-tailored suits. The markets and Medinas throw out a riot of noise and smells. And the air is filled with Senegalese pop music. This French speaking country is so diverse and varied and is at the heart of Responsible and sustainable tourism.

Once you have escaped the hustle and bustle of the cities, the warmth of this magical place starts to show. You will explore varied landscapes; desert savannah, mangroves, lagoons and baobab trees filled with bird life. You may see cormorants, spoon bills, cranes, flamingos, herons and hundreds of pelicans. Experience the genuine hospitality of farmers, herders, craftsman and fisherman living in traditional villages.

There is no better way than on horseback to get the real feeling of this beautiful land and its genuine people. Horses are a real part of the history of this amazing place.