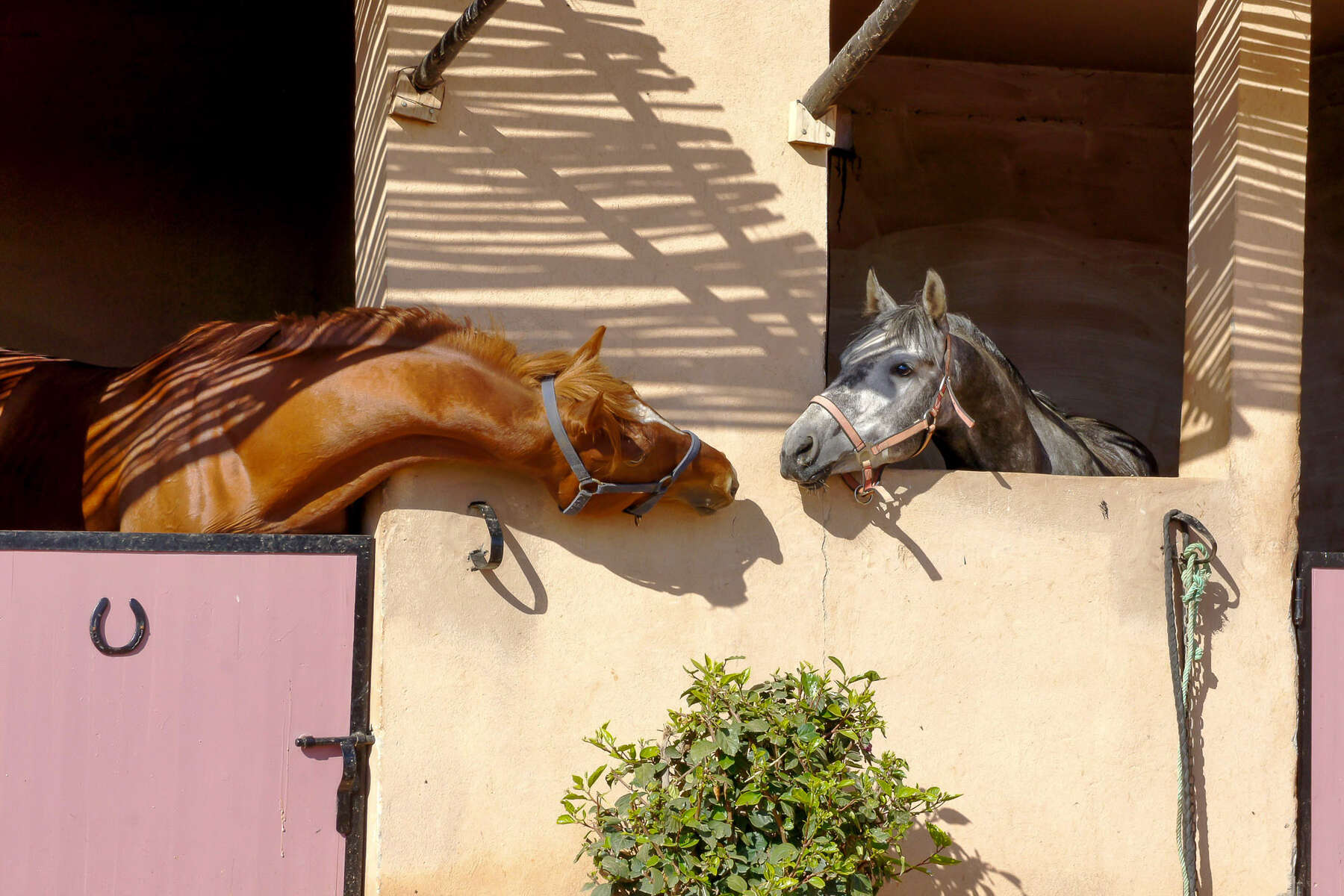 The Barb horse is at the heart of our riding holidays in Morocco - and a worthy company on a trail ride!

There is controversy over the origins of the Barb and whether he shares a common ancestor with the Arabian horse or whether the Arabian was an ancestor of the Barb. It is believed that the breed developed in North Africa during the 8th century, around the time that Muslim invaders reached the region.

The Barb has influenced many other breeds, in particular the Iberian horses of Lusitano and Andalucia, and of course the Thoroughbred. During the 16th century, King Henry VIII purchased a number of Barbary horses, importing several mares and a stallion. After Cromwell sold off the Royal Stables, private breeders continued to value the Barb horses and together with the Arabian, the Thoroughbred was developed.

The Barb is noted for its stamina, sure footedness and hardiness. He stands between 14.2hh and 15.2hh with a powerful front end, short back and low-set tail. He does not possess the domed head of the Arabian breed and is often considered less attractive because of this, but he gallops like a sprinter and demonstrates the same speed over short distances. His strong, short-coupled body is also perfect for collection and so he has been popular in dressage historically.

Barb horses can be any whole colour such as bay, brown or black, but greys are particularly popular.

Barb horses are particularly popular in north African countries such as Morocco and Tunisia, where it is common for stallions to be ridden (geldings are rare), and the mares are kept back for breeding. On our trail rides in Morocco most of the horses are Barb or Barb x Arab, but there are a number of geldings available for those who prefer not to ride a stallion.