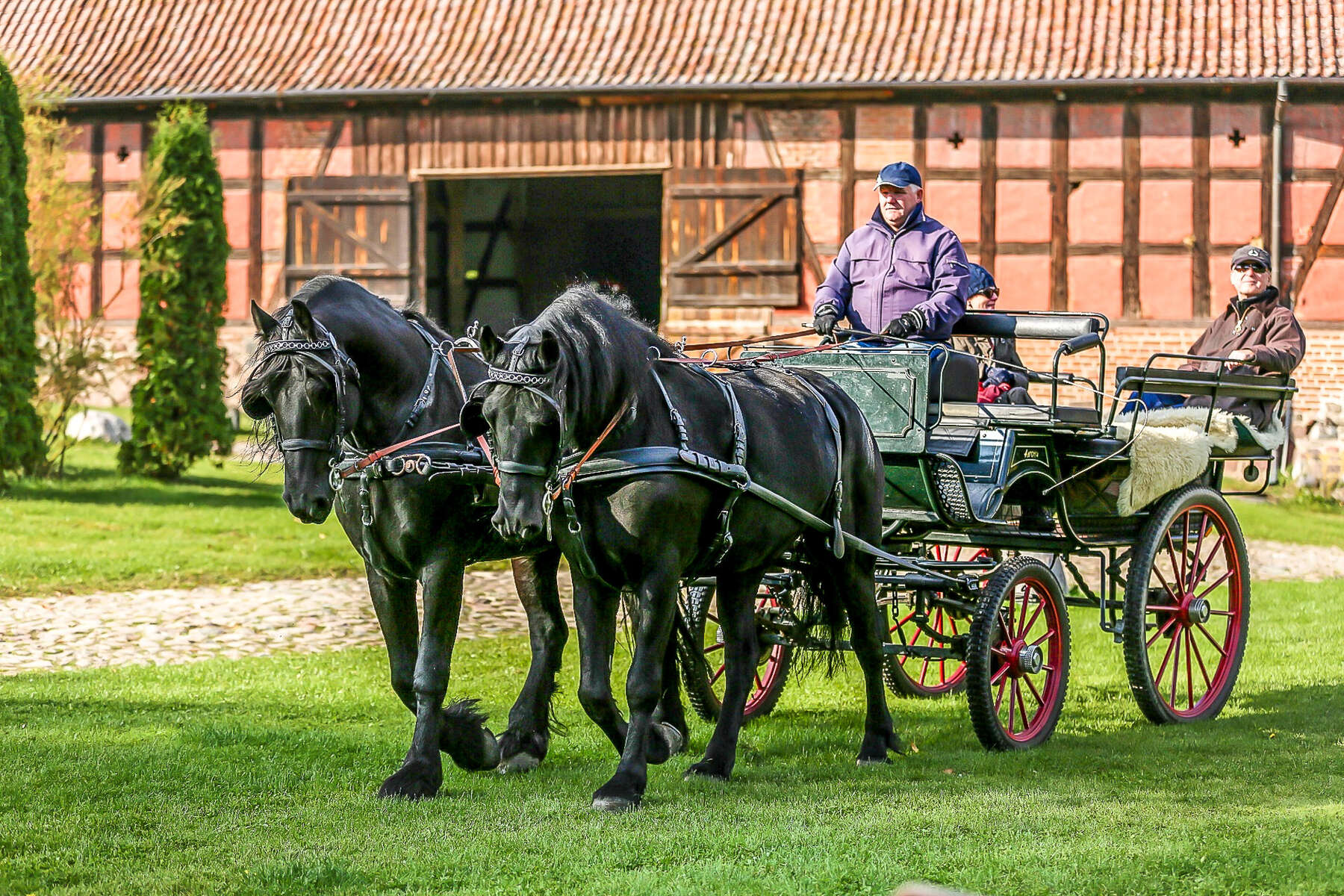 Go on a riding holiday in Poland

A country with rich history, quirky medieval towns and beautiful green rolling hills, Poland still feels remote and unspoiled. It is the ideal destination for an affordable riding holiday, off the beaten track. Most of northern Poland is flat, offering ideal riding grounds to all levels of riders, while the southern border is home to low-lying mountains perfect for outdoor pursuits. Poland boasts 23 natural parks, from Bieszczady National Park to Pieniny National Park, that are beautiful to explore on foot or on horseback!
See all our trips 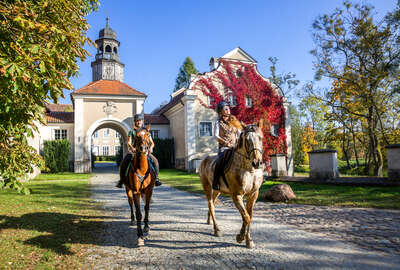 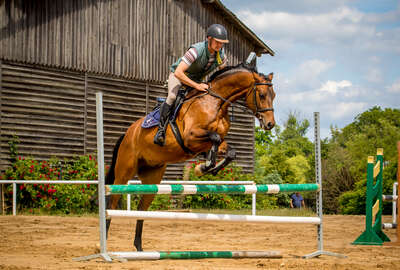 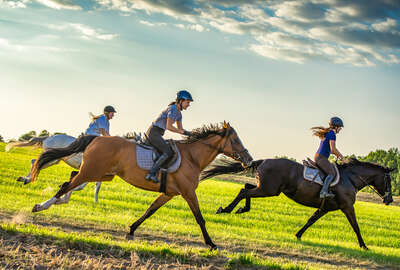 Visas
The rules for travelling or working in European countries changed on 1 January 2021:
- you can travel to countries in the Schengen area for up to 90 days in any 180-day period without a visa. This applies if you travel as a tourist, to visit family or friends, to attend business meetings, cultural or sports events, or for short-term studies or training
- if you are travelling to Poland and other Schengen countries without a visa, make sure your whole visit is within the 90-day limit. Visits to Schengen countries within the previous 180 days before you travel count towards your 90 days
If you stay in Poland with a residence permit or long-stay visa, this does not count towards your 90-day visa-free limit

At Polish border control, you may need to use separate lanes from EU, EEA and Swiss citizens when queueing. Your passport may be stamped on entry and exit. You may also need to:
- show a return or onward ticket
- show you have enough money for your stay

Passport validity
Check your passport is valid for travel before you book your trip, and renew your passport if you do not have enough time left on it. See: https://www.gov.uk/check-a-passport-travel-europe
Make sure your passport is:
- valid for at least 3 months after the day you plan to leave Poland, or any other Schengen country
- less than 10 years old
The 3 months you need when leaving a country must be within 10 years of the passport issue date.
If you renewed your current passport before the previous one expired, extra months may have been added to its expiry date. Any extra months on your passport over 10 years may not count towards the minimum 3 months needed.

Travellers should ideally arrange an appointment with their health professional at least four to six weeks before travel. However, even if time is short, an appointment is still worthwhile. This appointment provides an opportunity to assess health risks taking into account a number of factors including destination, medical history, and planned activities. For those with pre-existing health problems, an earlier appointment is recommended.

Travellers should ideally arrange an appointment with their health professional at least four to six weeks before travel. However, even if time is short, an appointment is still worthwhile. This appointment provides an opportunity to assess health risks taking into account a number of factors including destination, medical history, and planned activities. For those with pre-existing health problems, an earlier appointment is recommended.

Travellers should be up to date with routine vaccination courses and boosters as recommended in the UK. These vaccinations include for example measles-mumps-rubella (MMR) vaccine and diphtheria-tetanus-polio vaccine.

There is a risk of insect or tick-borne diseases in some areas of Eastern Europe. This includes diseases such as Crimean-Congo haemorrhagic fever, leishmaniasis and West Nile virus. All travellers should avoid insect and tick bites day and night.There are no vaccinations (or medications) to prevent these diseases.

Poland operates on a 230V supply voltage and 50Hz.

The złoty is the official currency and legal tender of Poland. It is subdivided into 100 grosz. The widely recognised English form of the currency name is the Polish zloty.

The history of Poland spans over a thousand years, from medieval tribes, Christianization and monarchy; through Poland's Golden Age, expansionism and becoming one of the largest European powers; to its collapse and partitions, two world wars, communism, and the restoration of democracy.

The roots of Polish history can be traced to ancient times, when the territory of present-day Poland was settled by various tribes including Celts, Scythians, Germanic clans, Sarmatians, Slavs and Balts. However, it was the West Slavic Lechites, the closest ancestors of ethnic Poles, who established permanent settlements in the Polish lands during the Early Middle Ages.[1] The Lechitic Western Polans, a tribe whose name means "people living in open fields", dominated the region, and gave Poland - which lies in the North-Central European Plain - its name.

The first ruling dynasty, the Piasts, emerged in the 10th century AD. Duke Mieszko I is considered the de facto creator of the Polish state and is widely recognized for his adoption of Western Christianity in 966 CE. Mieszko's dominion was formally reconstituted as a medieval kingdom in 1025 by his son Bolesław I the Brave, known for military expansion under his rule. The most successful and the last Piast monarch, Casimir III the Great, presided over a period of economic prosperity and territorial aggrandizement before his death in 1370 without male heirs. The period of the Jagiellonian dynasty in the 14th–16th centuries brought close ties with the Lithuania, a cultural Renaissance in Poland and continued territorial expansion as well as Polonization that culminated in the establishment of the Polish–Lithuanian Commonwealth in 1569, one of Europe's largest countries.

The Commonwealth was able to sustain the levels of prosperity achieved during the Jagiellonian period, while its political system matured as a unique noble democracy with an elective monarchy. From the mid-17th century, however, the huge state entered a period of decline caused by devastating wars and the deterioration of its political system. Significant internal reforms were introduced in the late 18th century, such as Europe's first Constitution of 3 May 1791, but neighboring powers did not allow the reforms to advance. The existence of the Commonwealth ended in 1795 after a series of invasions and partitions of Polish territory carried out by the Russian Empire in the east, the Kingdom of Prussia in the west and the Habsburg Monarchy in the south. From 1795 until 1918, no truly independent Polish state existed, although strong Polish resistance movements operated. The opportunity to regain sovereignty only materialized after World War I, when the three partitioning imperial powers were fatally weakened in the wake of war and revolution.

The Second Polish Republic was established in 1918 and existed as an independent state until 1939, when Nazi Germany and the Soviet Union invaded Poland, marking the beginning of World War II. Millions of Polish citizens of different faiths or identities perished in the course of the Nazi occupation of Poland between 1939 and 1945 through planned genocide and extermination. A Polish government-in-exile nonetheless functioned throughout the war and the Poles contributed to the Allied victory through participation in military campaigns on both the eastern and western fronts. The westward advances of the Soviet Red Army in 1944 and 1945 compelled Nazi Germany's forces to retreat from Poland, which led to the establishment of a satellite communist country, known from 1952 as the Polish People's Republic.

As a result of territorial adjustments mandated by the Allies at the end of World War II in 1945, Poland's geographic centre of gravity shifted towards the west and the re-defined Polish lands largely lost their historic multi-ethnic character through the extermination, expulsion and migration of various ethnic groups during and after the war. By the late 1980s, the Polish reform movement Solidarity became crucial in bringing about a peaceful transition from a planned economy and a communist state to a capitalist economic system and a liberal parliamentary democracy. This process resulted in the creation of the modern Polish state, the Third Polish Republic, founded in 1989.

Poland is located at a geographic crossroads that links the forested lands of northwestern Europe to the sea lanes of the Atlantic Ocean and the fertile plains of the Eurasian frontier.

Irregularly circular in shape, it is bordered to the north by the Baltic Sea, to the northeast by Russia and Lithuania, and to the east by Belarus and Ukraine. To the south the border follows the watershed of the Beskid (Beskidy), Carpathian (Karpaty), and Sudeten (Sudety) mountains, which separate Poland from Slovakia and the Czech Republic, while to the west the Neisse (Nysa Łużycka) and Oder (Odra) rivers define the border with Germany. Its current frontiers, stretching for 2,198 miles (3,538 km), were drawn in 1945. Except for its southern mountainous regions, the country consists almost entirely of lowlands within the North European Plain.