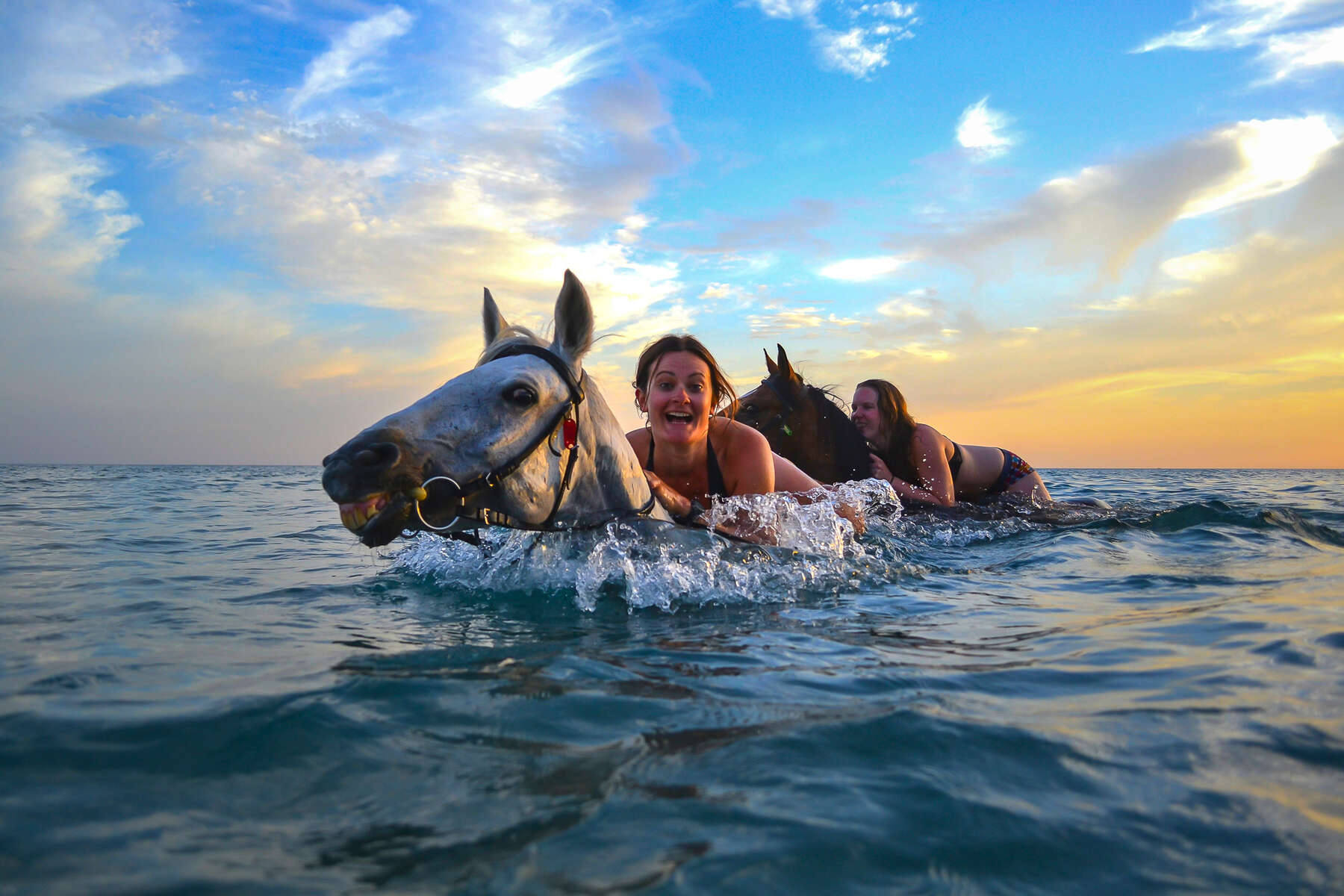 Discover Greece on a holiday on horseback

On the edge of Europe, nestled between the crystal-clear waters of the Mediterranean and the Balkan mountains, Greece (and its islands!) is a great destination for a riding holiday. Beneath piercing blue skies, enjoy a trail ride or centre-based riding holiday and the famed Greek hospitality. The fascinating Greek history accompanies your every step, with tales of Pegasus and the centaurs, the Trojan horse, Hermes’ and Helios’ mounts…
See all our trips 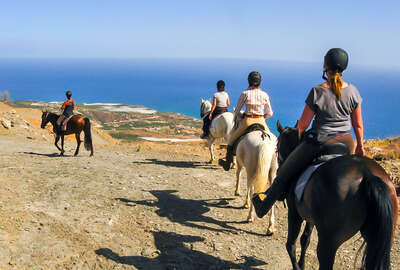 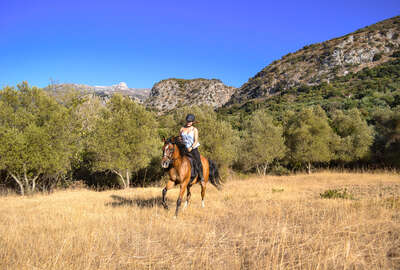 UK riders - other nationalities, please check with relevant authorities or contact us.

Visas
The rules for travelling or working in European countries changed on 1 January 2021:
- you can travel to countries in the Schengen area for up to 90 days in any 180-day period without a visa. This applies if you travel as a tourist, to visit family or friends, to attend business meetings, cultural or sports events, or for short-term studies or training
- if you are travelling to Greece and other Schengen countries without a visa, make sure your whole visit is within the 90-day limit. Visits to Schengen countries within the previous 180 days before you travel count towards your 90 days

At Greek border control, you may need to use separate lanes from EU, EEA and Swiss citizens when queueing. Your passport may be stamped on entry and exit. You may also need to:
- show a return or onward ticket
- show you have enough money for your stay

Passport validity
Check your passport is valid for travel before you book your trip, and renew your passport if you do not have enough time left on it.

Make sure your passport is:
- valid for at least 3 months after the day you plan to leave Greece, or any other Schengen country
- less than 10 years old
- The 3 months you need when leaving a country must be within 10 years of the passport issue date.

If you renewed your current passport before the previous one expired, extra months may have been added to its expiry date. Any extra months on your passport over 10 years may not count towards the minimum 3 months needed.

It’s important to take out appropriate travel insurance for your needs. A GHIC or EHIC is not an alternative to travel insurance and you should have both before you travel. It does not cover all health-related costs, for example, medical repatriation, ongoing medical treatment and non-urgent treatment.
Treatment and facilities are generally good on the mainland, but may be limited on the islands. The standards of nursing and after care, particularly in the public health sector lag behind what is normally acceptable in the UK. The public ambulance service, which will normally respond to any accident, is basic. There are severe shortages of ambulances on some islands.

While pharmacies across the country stock a good supply of medicines, you should make sure you have sufficient medical supplies (including prescription medicines) for the duration of your stay and any unforeseen delays, adequate travel insurance and accessible funds to cover the cost of any medical treatment and repatriation.

If you need emergency medical assistance during your trip, dial 112 or 166 and ask for an ambulance. If you are referred to a medical facility for treatment you should contact your insurance/medical assistance company immediately.

Greece is part of the European Union and the local currency is the Euro.

Greece has more than 2,000 islands, of which about 170 are inhabited; some of the easternmost Aegean islands lie just a few miles off the Turkish coast. The country’s capital is Athens, which expanded rapidly in the second half of the 20th century. Attikí (ancient Greek: Attica), the area around the capital, is now home to about one-third of the country’s entire population.

Greece is bordered to the east by the Aegean Sea, to the south by the Mediterranean Sea, and to the west by the Ionian Sea. Only to the north and northeast does it have land borders (totaling some 735 miles [1,180 km]), with, from west to east, Albania, the Republic of North Macedonia, Bulgaria, and Turkey.

The Greek landscape is conspicuous not only for its rugged beauty but also for its complexity and variety. Three elements dominate: the sea, the mountains, and the lowland. The Greek mainland is sharply indented; arms and inlets of the sea penetrate so deeply that only a small, wedge-shaped portion of the interior is more than 50 miles (80 km) from the coast. The rocky headlands and peninsulas extend outward to the sea where there are many island arcs and archipelagoes. The southernmost part of mainland Greece, the Pelopónnisos (ancient Greek: Peloponnese) peninsula, connects to the mainland only by the narrow isthmus at the head of the Gulf of Korinthiakós (Corinth). Greece’s mountainous terrain covers some four-fifths of the country, much of which is deeply dissected. A series of mainland mountain chains running northwest-southeast enclose narrow parallel valleys and numerous small basins that once held lakes. With riverine plains and thin, discontinuous strips of coastal plain, these interior valleys and basins constitute the lowland. Although it accounts for only about one-fifth of the country’s land area, the lowland has played an important role in the life of the country.