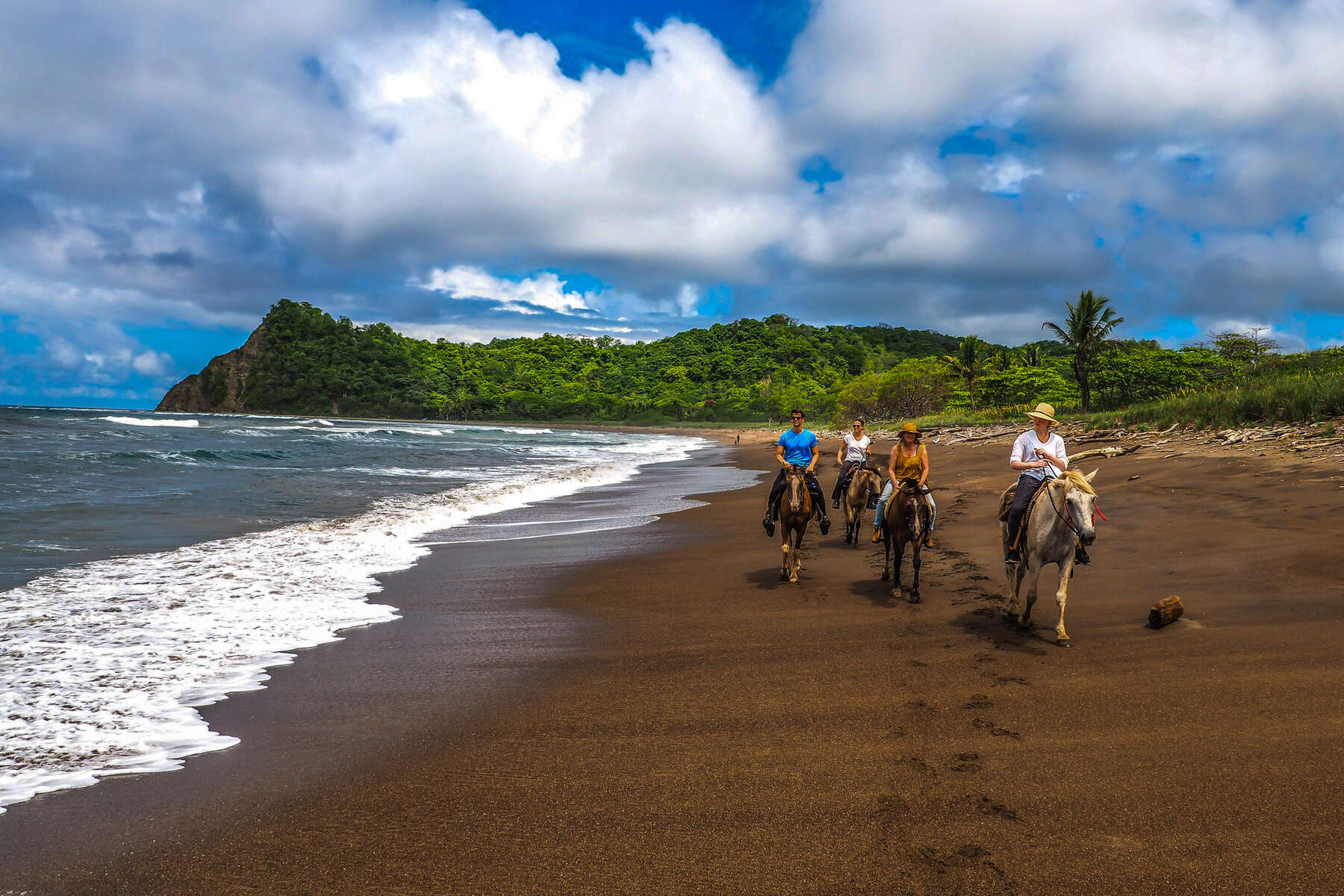 This small country nestled between the Pacific Ocean and the Caribbean Sea is nature lover's paradise. Costa Rica is home an impressive display of biodiversity, and discovering it all from horseback is a magical experience. Ride fantastic Hispano Americano horses through the country and meet the "ticos" (colloquial name given to natives of Costa Rica), famous for their warmth and sense of hospitality. With Equus Journeys, embark on adventurous trail rides, reconnect with nature, enjoy long gallops on the beach and discover the "Pura Vida" of Costa Rica!
See all our trips 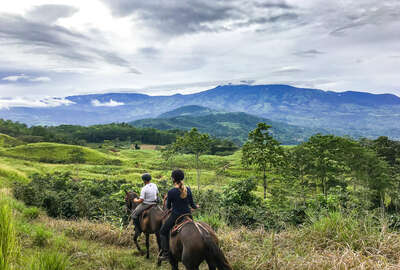 British nationals don’t need a visa to enter Costa Rica. You may stay as a visitor for up to 3 months under a tourist visa waiver, although the exact period is at the discretion of the immigration officer on arrival. If you plan to work, or stay for a longer period, then multiple exit and entry isn’t an approved alternative to obtaining the relevant visa for your circumstances. You should check the requirements with the Costa Rican authorities. Entry to Costa Rica may be refused if you are unable to produce evidence of return or onward travel (for example a return air ticket).

The immigration authorities are strict about foreigners who have overstayed.

Your passport should have at least one day’s validity from the date you are leaving Costa Rica. If you hold a passport other than a British Citizen passport, different regulations may apply.

Source: https://www.gov.uk/foreign-travel-advice/costa-rica/entry-requirements
Please consult with your local governing authority prior to your departure.

UK health authorities have classified Costa Rica as having a risk of Zika virus transmission. For more information and advice, visit the website of the National Travel Health Network and Centre website.

Visit your health professional at least 4 to 6 weeks before your trip to check whether you need any vaccinations or other preventive measures. Country specific information and advice is published by the National Travel Health Network and Centre on the TravelHealthPro website and by NHS (Scotland) on the fitfortravel website. Useful information and advice about healthcare abroad is also available on the NHS Choices website.

Since 2013, there has been a sharp increase in cases of dengue.

Cases of Chikungunya virus have been confirmed in Costa Rica and the number of reported cases in the region is increasing. You should take steps to avoid being bitten by mosquitoes.

Medical care in Costa Rica is of a generally high standard. Ambulance services in remote areas may vary. Only initial emergency medical treatment is available without charge for visitors. Subsequent treatment will be charged. Make sure you have adequate travel health insurance and accessible funds to cover the cost of any medical treatment abroad and repatriation.

If you need emergency medical assistance during your trip, dial 911 and ask for an ambulance. You should contact your insurance/medical assistance company promptly if you are referred to a medical facility for treatment.

Costa Rican culture is in many ways a reflection of its racial diversity. The predominant influence has long been European, which is reflected in everything from the official language -- Spanish -- to the architecture of the country's churches and other historic buildings. The indigenous influence is less visible, but can be found in everything from the tortillas that are a staple of the Costa Rican diet, to the handmade ceramics sold at roadside stands.

An important aspect of Costa Rica's cultural legacy is their love for peace and democracy. The Ticos proudly point out the nation is one of the few Latin American countries where a military dictatorship has not dominated politics.

Costa Ricans are proud to have more than a century of democratic tradition and more than 68 years without a military. With the money saved, the country is better able to focus on improving the quality of life of its citizens. This is one of the many reasons why Costa Ricans, also known as “Ticos,” are such a happy and welcoming people.

Famous for their hospitality, Ticos often go out of their way to help to visitors with directions or offer other assistance if needed. It is said that “Ticos” are the nation’s best asset. Once visitors experience their hospitality, visitors too are convinced.

Costa Rica is a country located in Central America that is ranked as one of the most visited international destinations. One of Costa Rica’s main sources of income is tourism. Costa Rica is a democratic and peaceful country and it has not had an army since the year 1949.

Rugged highlands are found throughout most of the country, ranging from approximately 1,000 to 2,000 meters (3,000 to 6,000 feet above sea level). The Guanacaste Mountain Range, Central Mountain Range, and Talamanca Mountain Range are the main mountain ranges extending the entire length of the country. There are several active volcanoes (Arenal Volcano, Irazu Volcano, Rincon de la Vieja Volcano and Turrialba Volcano) and the country’s highest mountain (Chirripo Hill) with a height of 3,819 m/12,530 ft. The country has a relatively long coastline in both the Atlantic and Pacific oceans, as well as a number of rivers and streams that attract specialist kayakers and rafters from all over the world.